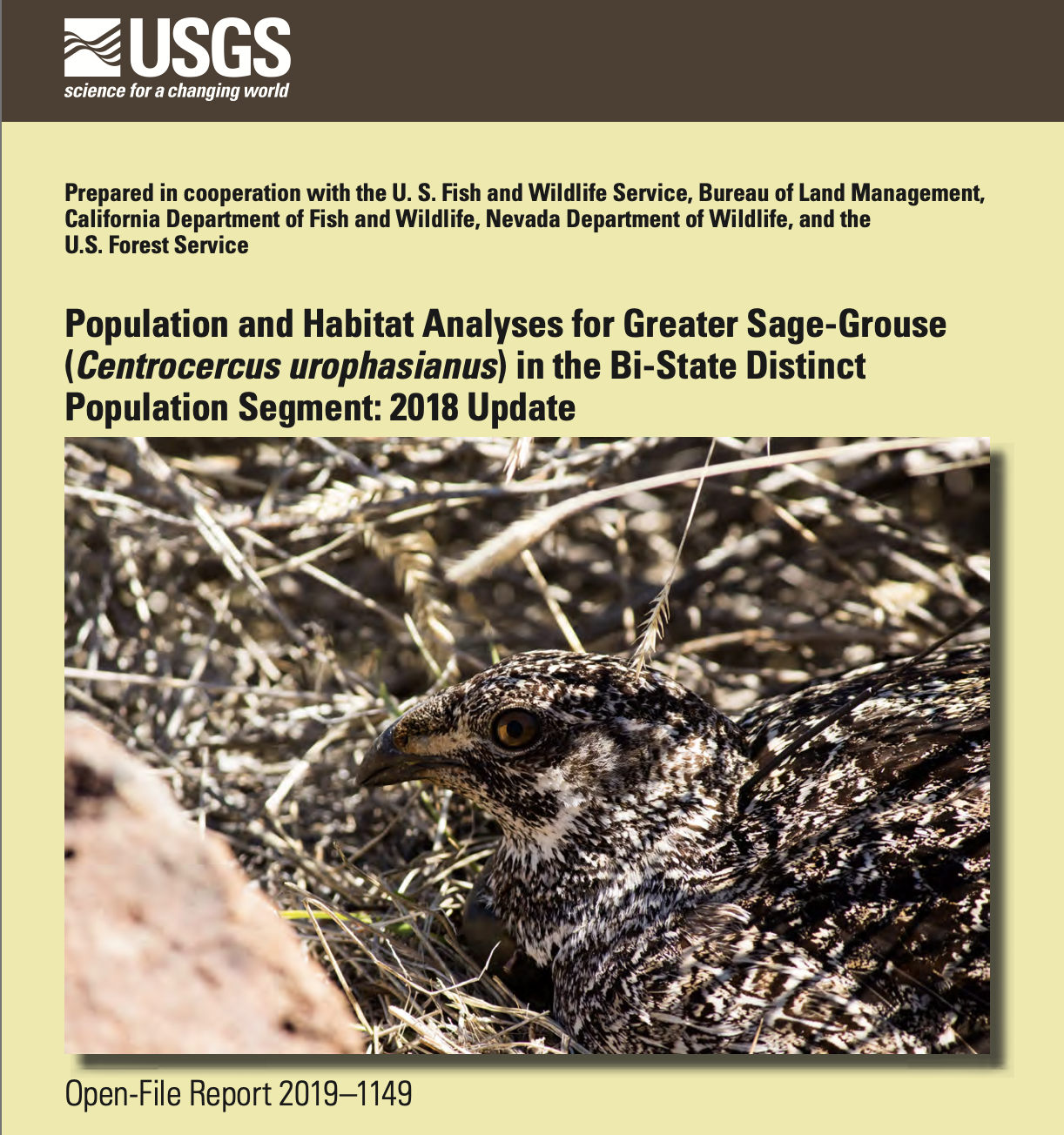 These analyses provide current and best available science regarding population status of sage-grouse within the Bi-State DPS. Using data from a long-term monitoring program, they carried out six analytical study objectives.

2. Expansion of a hierarchical framework for population monitoring that initially identifies biologically relevant spatial scales tied to population structure and function. This includes a signal for populations or subpopulations most likely declining which acts as an early warning system for adaptive management that integrates immediate scientific findings into management decisions.

4. Spatially-explicit changes in occupied distribution across each time period for subpopulations and the Bi-State DPS as a whole.

6. The influence of precipitation and managed water delivery on sage-grouse selection for mesic habitat within the Long Valley subpopulation.